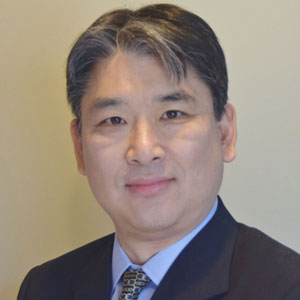 When I joined the solar industry in 2010, the solar photovoltaic (PV) generation installed capacity was just 4 percent of the total generation installed that year. People expected that solar generation would increase over time, but not many thought it could become the significant electric energy source, that it is today. In 2016 solar was number one in new generation with 14.7GW capacity installed, which was 39 percent of the total installed generation according to a Greentech Media study. Natural gas was second with 29 percent, followed by wind with 26 percent, and coal power plant installation was zero in both 2015 and 2016.

This rapid growth was made possible by federal tax incentives, continuous improvements in state level Renewable Portfolio Standards (RPS) programs, and then accelerated by the Department of Energy’s (DOE) Sunshot Initiative in 2011. This federal drive by DOE has supported close to 300 R&D programs so far, with the goals to reduce cost through technology innovation and to develop technologies that enable solar to compete with conventional generation.

Through this effort solar generation costs decreased by 79 percent from 2010 to 2016, making solar generation more economical than conventional combustion turbine natural gas or offshore wind generation. As a result of strong price reductions and government policies, Hawaii established a goal of achieving 100 percent of its energy needs from renewables by 2050, and now they expect to meet this ambitious goal by 2045, five years earlier than their initial plan. Massachusetts lawmakers have also recently proposed a goal of 100 percent renewables by 2050.

Modern power systems will have a high penetration of Distributed Energy Resources (DERs) such as wind and solar generation. In addition to cost reduction, the solar industry has worked continuously to develop technologies that make PV plants ready for the future ‘modern grid’ and will help maintain power system stability and reliability. As the contribution of these DERs increases, the solar industry’s equipment and the modern power system will be fully prepared. 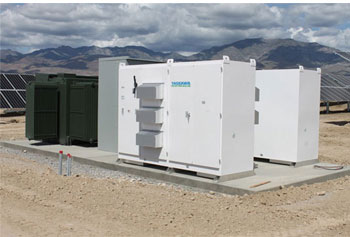 Conventionally, electric power originates at central generation plants and flows to customers through transmission and distribution networks. Unlike conventional generators, solar PV systems are connected to the grid anywhere from residential areas to transmission networks, and generated power can flow to neighboring distribution feeders or up to high voltage transmission lines. This reverse power flow can conflict with existing utility protection. In addition, the distributed nature of solar generation implies that these systems are more prone to grid faults compared to conventional generators. Mitigation methods for these issues are built into the PV inverters to prevent reverse power flow, to regulate voltage and frequency, and to provide fault ride through operation that would support power system during grid fault conditions. These functions are mostly used for transmission line projects but continue to be extended to commercial and even residential projects as well.

Weather related intermittency might also cause power quality issues with a large solar generation plant. If the PV plant generates only real power, the terminal voltage can change in proportion to the generated power. When a PV plant generates full power on a sunny day and suddenly clouds cover the sun, grid voltage can decrease due to the reduction of generation, which may cause a power quality issue and trigger voltage regulator or capacitor bank operation unnecessarily. This voltage variation can be effectively avoided with power factor control, which regulates grid voltage constant regardless of generation changes caused by weather conditions. Hawaii recently established requirements for a fixed power factor at 0.95 for all new PV inverters. Other power quality enhancement functions are planned to be available as industry standard functions from 2018.

Currently most large PV plants are connected to utility control centers to enable/disable the plants, or change the control parameters. As the number of small PV plants increases, the contribution of aggregated small plants is also important, so the need for integrating them into utility control is increasing. Industry standards will be available in early 2018 so that the solar industry can have safe, reliable, universal and cost effective communication solutions for DER operations. 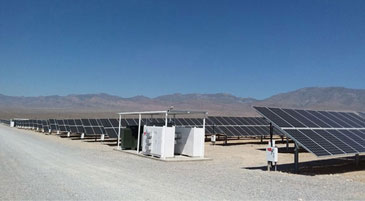 PV inverters are controlled in the microsecond range so that control speed and transient response is much faster than in conventional generators. This advantage can be used to define new functions that have not been available for conventional generators and provide additional advantages for solar generation. The most popular function among them is the ramp-rate control, which applies an intentional slow control response in order to mitigate a transient response caused by starting up a large PV plant. This function along with several other functions will be mandatory in California starting in early September 2017. Several additional grid-support functions are planned to be available from 2018 onward. These supplemental functions add extra value to solar PV generation and enable solar to be a reliable, stable and dispatchable energy source in the power system.

Solar photovoltaic technology was first demonstrated in the early 1950s, and significant federal government support started from the mid-1970s. Even though solar generation has a long history, the high-penetration issues have developed only in the last 5 years. The energy industry worldwide is learning about these issues everyday and developing technologies and operational strategies to maintain grid stability and reliability. The market needs and industry standards are changing regularly and the lifecycle of products is similar to that of consumer electronics. A consumer can purchase PV panels similar to those available in 2010, but at much lower cost today. The same PV inverters may not exist in the market any longer, requiring that a failed inverter would be replaced by the latest design that meets all of the current requirements. The good news is that the inverters too will be less expensive and far better than older designs. The same will no doubt be true 10 years from now.

Putting The Customer At The Centre Of The Energy Transition

The Rise of Algorithmic Trading In The Power Sector